Trefecta and the VeloX 8 in action

Sunday, the 5th of August Trefecta supported the Human Power Team during their rollout of the VeloX 8 at the Dutch Defense Woensdrecht Airbase.

The Human Power Team is a team with students from the Delft University of Technology and Vrije Universiteit Amsterdam supported by the Defensity College. Their aim is to push the limits of human capabilities and break the women’s human powered speed record, currently at 121.8 km/h. To achieve this they built a highly aerodynamic recumbent bicycle, the VeloX 8.

During the rollout, the biggest training and testing moment for the Human Power Team, the Trefecta team was asked to show the capabilities of the Trefecta on the runway of the military airforce base. The team attracted a lot of attention riding full speed at almost 90 km/h in front of press and public.

After the runs the several people could try the Trefecta for themselves especially representatives from the military were highly interested. After all the Trefecta eBikes have been developed with the specific demands of professional military and law enforcement users in mind. 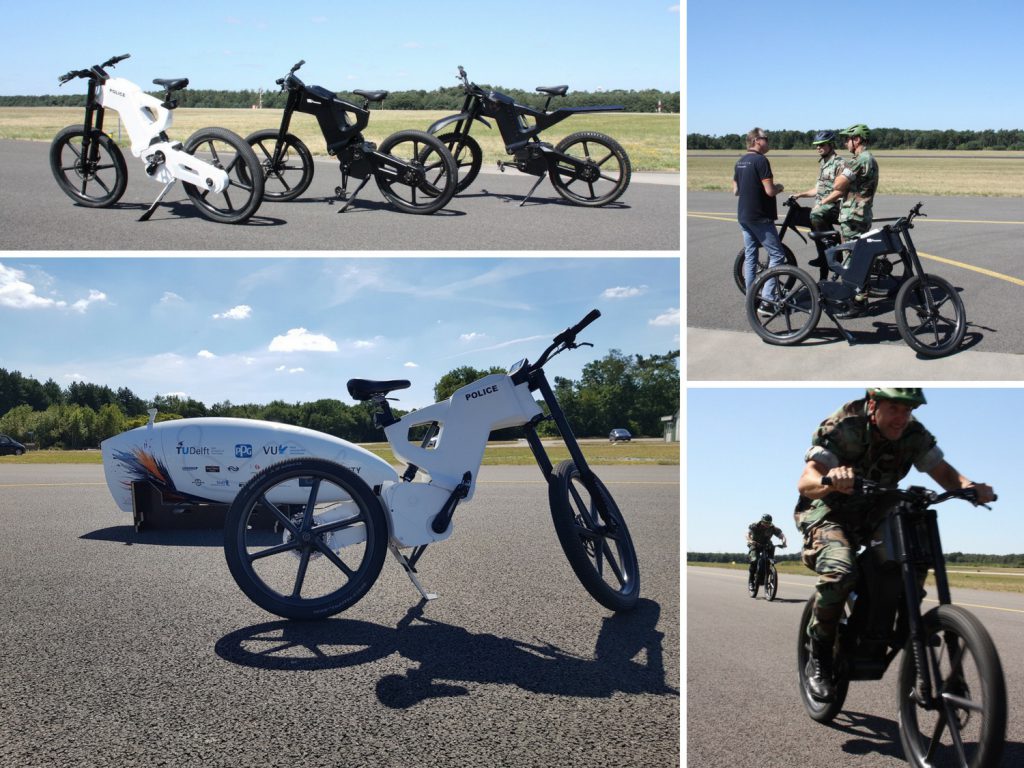